Me at Cueva Ventana

With Puerto Rico on the verge of a humanitarian crisis, I had debated whether I should still write about my time in San Juan. In the end, I decided that I wanted to show everyone how beautiful it was before it was devastated by Hurricane Maria.

This was my second time in San Juan. Previously, we went to Castillo de San Cristóbal and walked around Old San Juan. This time, my family wanted to do something different and a little more adventurous. Until I was handed a hard hat, I didn’t realize how adventurous we were being. We decided to go to Cueva Ventana (Window Cave).

I expected Cueva Ventana to be like Luray Caverns. It wasn’t. I put on my hard hat and climbed down into dark caves. It was slippery because it had rained the day before. There were no railings or stairs. In the first cave, only our guide had a flashlight. We had to be careful not to disturb the bats and we saw a boa constrictor hanging at the opening of the cave. 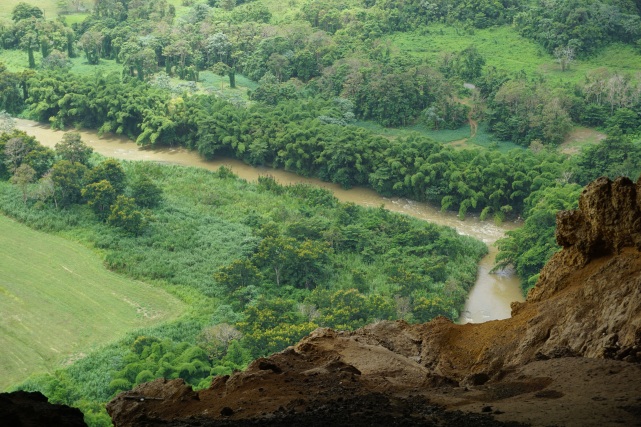 I was glad when I got through that cave and thought I was done until we hiked to the next one, which was a bit of a climb down. I was handed a flashlight for this cave, but I had to make sure to keep it pointed at the cave floor. Apparently, this cave is home to vicious bats and if they are disturbed, they will attack.

Once I got to the end of the cave, I understood why it was called Cueva Ventana. It opened up to a beautiful valley below with a river. Though the experience was not what I expected, the view was well worth it.

I’m glad I didn’t know what this excursion entailed before we went because I might not have done it. It is out of my comfort zone and I’m proud of myself for going through with it.

After Cueva Ventana, we had time to walk around Old San Juan before returning to the ship.  Old San Juan was beautiful before the hurricane with its bright colors and cobblestone streets. I hope it makes a fast recovery because it has so much to offer, including restaurants and museums that are all within walking distance. 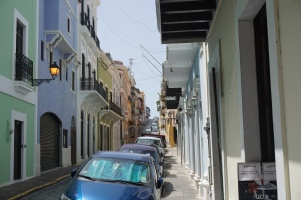 © Jennifer Britt 2020 Unauthorized use and/or duplication of this material without express and written permission from this blog’s author and/or owner is strictly prohibited. Excerpts and links may be used, provided that full and clear credit is given to Jennifer Britt with appropriate and specific direction to the original content.

© Jennifer Britt 2022 Unauthorized use and/or duplication of this material without express and written permission from this blog’s author and/or owner is strictly prohibited. Excerpts and links may be used, provided that full and clear credit is given to Jennifer Britt with appropriate and specific direction to the original content.