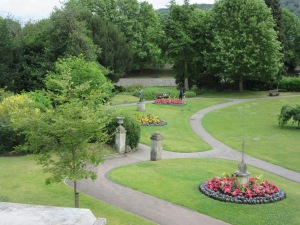 Over the last few weeks, I’ve been sharing photos from my trip to the British Isles. This week, I’m sharing details from my day trip to Bath and Stonehenge.

Bath is a beautiful Georgian city with lots to do. While there, I visited the Roman Baths, which were constructed in 70 AD. The baths are huge and surprisingly well-preserved. At the end of my tour, I visited the Pump Room and drank some of the spa water. It’s full of minerals and wasn’t as awful as I expected it to be.

After my tour of the baths, I walked through the city. There’s a pretty park, an abbey, and lots of shops. As a fudge connoisseur, I can tell you that Bath has some of the best fudge I’ve ever had. I bought two pounds and it was long gone before the end of my trip. 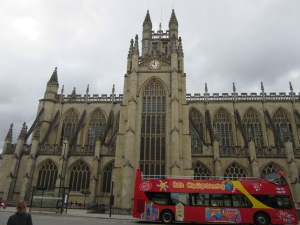 Unfortunately, I didn’t have enough time for the  Jane Austen Centre. I guess it gives me a reason to go back.

Not far from Bath is Stonehenge. Stonehenge dates back to 3100 BC and was built in three phases. It’s believed that it was built for ceremonial purposes.

I’ve been to Stonehenge before, but it has changed. The visitor center that was near the stones closed. A new visitor center was built and they now run shuttles to the stones. It’s a definite improvement because the stones are surrounded by grass fields all around as opposed to a parking lot full of cars and tour buses.

I was awestruck when I first saw Stonehenge years ago and I was awestruck again. It’s amazing that, with the weight of those stones, anyone was able to position them in that way and that they are still standing.

Have you been to Bath or Stonehenge?

5 thoughts on “Jennifer goes to Bath and Stonehenge”