I recently had the opportunity to spend three weeks in the British Isles. Over the next few weeks, I’ll be sharing photos from my trip.

I started my trip in London. This was my second visit to London. I love this city because there is so much to do and the people are extremely friendly. Unfortunately, it took me 15 years to return. I’m hoping it doesn’t take me 15 years to visit again.

My first stop was the British Museum where I saw plenty of mummies. I also visited the Tower of London, which has plenty to offer. I got to see the location where many lost their heads, including Anne Boleyn, and I saw the Crown Jewels. The armor collection also is worth seeing. 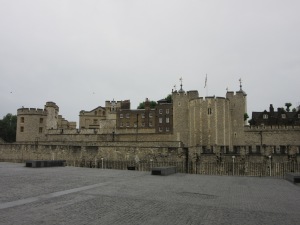 The Tower Bridge recently added a glass floor so you can look down at the traffic and the Thames River. The view of the city from the bridge is spectacular.

However, if you’d like to get a higher view of the city, then the London Eye is fabulous. When I first planned my trip, I wasn’t sure I would do the London Eye. But I’m glad I did it. The 360 degree view of London is amazing.

Of course, I had to make a stop at the Globe Theater. I was lucky enough to see part of a dress rehearsal of Richard II. I would have liked to see the entire play, but it didn’t open until after my visit to London.

Stop by next week for details of my visit to Madame Tussauds. There will also be more photos from London.

Have you been to London? If so, what do you love about London?

6 thoughts on “Jennifer goes to the British Isles”